The Witcher 3 is an open world action RPG where we play as Geralt of Rivia,professional monster hunter and swordsman. As you venture through the vast landscape of “The Continent” you can enjoy slaying beasts, making allies and uncovering all the game’s secrets.

The game opens up with Geralt trying to track down his adopted daughter Ciri after she fled from the evil forces of the wild hunt. This sends him on a long journey across different regions each unique and beautiful in their own way. Throughout the game you will need to complete many story quests, side quests, and monster-killing contracts. Although there is a lot to do, the game doesn’t feel repetitive and each quest has its own intriguing story. The game had its fair share of bugs and glitches but none of which were game breaking. The frame rate would also drop slightly at times but that shouldn’t be a reason to avoid the game as it certainly has a lot to offer.

The game features a massive map which is around 132km^2 (Note that some regions where unaccounted for while measuring the map). Despite this, the game isn’t oversized and gives you just the right amount of content in every area to keep you busy and engaged at the same time.

The combat system is cleverly designed to make slashing enemies with your sword and using your magical signs very enjoyable and satisfying. Not all battles are the same though and players must discover the different types of enemies in order to know which strategy is most effective against them. Some monsters were a pain to deal with and had to be fought several times until the player could realize how to defeat them. This usually ended in frustration and many players looked up guides online hoping to find a way to defeat enemies easier. 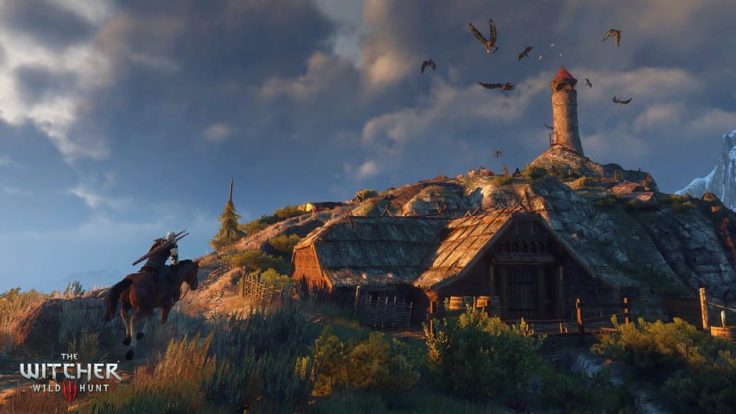 If you don’t feel like fighting, The Witcher 3 still has more to offer. You can go for a drink at a bar, play the “Gwent” card game,participate in horse races, or even spend the night at the brothel. Most activities can be found in the city of Novigrad which you visit almost halfway through the game.

Overall the Witcher 3 is arguably the best role-playing game released on next gen consoles and CD Projekt Red should be praised for their amazing work. The few issues with the game should be fixed during future updates and make the game close to perfect for fans of the genre. Nonetheless, the game has become an all time favorite of mine and will get my vote for Game Of The Year in its category.